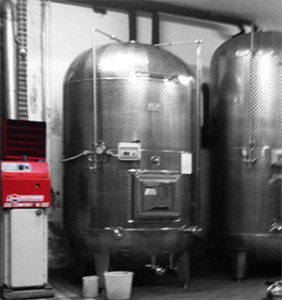 In the minds of many wine connoisseurs, nothing is so shaded from this great elixir’s rarified glow than the idea of bulk wine. The very word “bulk” is deeply unsexy, more likely to bring to mind supersized packs of toilet paper than a treasured bottle you might share with your loved ones.

However, bulk is big news in the wine world these days, and nowhere more so than the budget-conscious UK market. The buzz has permeated the whole volume-driven sector, with Accolade, Tesco and most recently Marks and Spencer all jumping on the bulk bottling wagon.

The container du jour is the flexitank, essentially a 24,000L plastic bladder housed in a steel box. After several years of use and technical development, the flexi has largely overcome its various shortcomings, most critically its nasty habit of allowing oxygen in and leaching unpleasant smells out. Incomplete drainage, another obstacle, has been tackled by rolling it up like a toothpaste tube to squeeze out the very last bit. Hardly the glorious stuff wine dreams are made of, but it does the trick.

Beside the cost savings – a flexi fits 32,000 bottle-equivalents vs. 12,000-13,000 bottles for a palletized container – why are all the cool kids doing bulk these days? The party line is that bulk shipping is being adopted for its eco-friendliness. While the “greenness” of FMCG mega corps should often be taken with an economy-sized grain of salt, bulk shipping is genuinely pretty verdant.
First, instead of hauling glass bottles – weighing 300g at the lower end to nearly 1kg at the frankly irresponsible upper – halfway around the planet from South Africa, Chile or Australia, the flexi’s weight is mostly wine. While not part of a closed-loop recycling system, the disposable bladders usually enjoy a second life as traffic cones.

More exciting still is flexis’ potential quality benefit, related to their thermal stability. Remember that for bottles selling for HK$50-80, nobody in their right mind would pay for temperature-controlled shipping. Thus damage is actually far less likely with flexis than bottles. Imagine an Olympic swimming pool and a stack of Watson’s water bottles taking up the same approximate space. Which water will be hotter after a day sitting in the sun?

Also, as mentioned, bladders are now pretty impermeable to air, the thing that turns your grass and gooseberry Sauvignon Blanc into a bottle of cabbage juice. Only about 10cm3 of air oozes its way in on a journey from Australia to the UK, enough to fill the headspace of five standard wine bottles. Bulk wine thus hits the shore in a much fresher state – much as we do if given stretching room during a long journey – adding a few weeks of shelf life.

How much has Hong Kong benefited from the bulk trend? With contract bottlers to handle the packaging fairly rare on the island, bulk shipping is much less popular here than on the mainland, where booming Chinese domestic wine production has meant that bottling equipment is not hard to come by. However, for China bulk wine’s higher import tax (approximately 56% vs. 48% for bottled wine) does shave away some of the cost saving. However, this is obviously not an issue for tax-free Hong Kong.

Admittedly not all wines want to be bottled then guzzled. Tannin-girdled reds generally want a long in-bottle siesta before opening. But some delicate reds, whites and even tank-fermented sparklers could do rather nicely with the added freshness. While there was once a deserved premium on estate bottling (bottling at the site where the wine is made), this arose in an era of rampant adulteration and fraud. With the traceability enabled by our current technologies, there is no reason why a quality-focused, high volume bottler in our market couldn’t in theory bottle with the same level of stringency as could be done at the property. We could save the planet, save some money, and save some extra time in which to drink our new booze.

So while there are certainly barriers to the spread of bulk (among which the protests of freshly unemployed bottling works employees in wine producing countries, whose legitimate concerns are unfortunately outside the scope of this article to debate), one seems more relevant than the rest. Bulk needs a sexy new name.