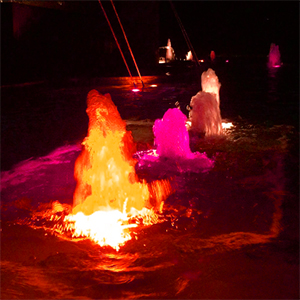 Like a heavyweight champ donning a demure string of pearls, the concept of sparkling red wine strikes many as just a bit off. Pale pink and sparkly by all means, we seem to feel, but red and sparkly? Never!

However, a sea change seems imminent, with the wine trade increasingly sticking its neck out for red bubbles. Beijing-based educator Fongyee Walker risked life and limb – “I’m going to get lynched for this,” she was quoted in the local press – at Australia’s Limestone Coast Wine Show when she chose Majella’s Sparkling Shiraz over the region’s more widely lauded big reds for her international judge’s prize.

Despite the upset, Walker stood by her choice, arguing that drinkability rules when assessing wine. Not wanting to damn it with faint praise, Walker went on to call sparkling Shiraz an Aussie gem deserving more respect.

Admittedly, we wine commentators love nothing more than a lost cause to champion. The difference here is that popular support is ahead of the geek curve. Brown Brothers’ sweet, lightly sparkling Cienna Rosso is one of their top sellers in Asia. It is, with all due respect, no connoisseurs’ wine. This is clear from the first glance at its curvaceous scarlet ribbon label to the moment its delicate fizz disappears down the throat. However, its sweetness is cut with ample acidity, its crunchy tannins and herbal notes keep it out of tutti frutti land. Without years of conditioning on what wine should taste like, would we all enjoy this wine? Quite possibly.

Up until now, red and sparkling have been mutually exclusive categories in Hong Kong, with the former dwarfing the latter. Yet, at the recent SPIT conference for local wine professionals, a panel of the city’s top sommeliers named Prosecco, Cava and grower champagne as hot trends. Simone Sammuri of 121BC noted that the once lambasted Lambrusco, a chewy sparkling red that ranges from sweet to bone dry, is having its moment.

Far from the confected Riunite of yesteryear, today’s Lambruscos are popular among the set who prefer their white wines orange and funky. Dry and savory, these Lambruscos actually are the perfect match for a fatty platter of pig meat we’ve always been told they were.

Along parallel lines, Australia’s McLaren Vale has seen Master of Wine Tim Wildman assemble such odd ball grapes as Nero d’Avola, Vermentino and Muscat into his (I hear) aptly named concoction Astro Bunny. Not only are the grapes odd, more odd still is the method. Unlike Champagne, where bubbles are achieved by mixing still wine with yeast and sugar and bottling it for a second fermentation, Pétillant Naturel (i.e. natural sparkler, and “Pet Nat” for short), is made by taking a partially fermented wine, bottling it, and letting it finish the job in bottle. Fluorescent pink but dry and bready, Astro B. has been widely described as “intriguing.”

The question remains of whether there is serious sparkling red wine, better suited to a collectors’ dinner than a hipster picnic. The question of age-worthiness, largely considered key to so-called “fine wine,” is not totally preposterous. Carbon dioxide is like botox for wine, and we’ve all heard the spiel about the antioxidant powers of red wine phenols.

Once again, only South Australia and Italy have their hats in the ring (united perhaps by their love of pork products?). Majella, the wine on which Ms. Walker shone a spotlight is, like most sparkling Shiraz, made in the same method as champagne (but we’re only allowed to call it “traditional method”). The wine spends 4 years in bottle on the lees, or dead yeast, which would qualify it for vintage status in Champagne (simplistically, time on lees = quality).

From Italy, two top Lambrusco producers, Lini 910 and Medici Ermete, were at this year’s OperaWine event, where 100 top Italian producers are selected by The Wine Spectator. Lambrusco is generally made like Prosecco, with a second fermentation in tank instead of bottle. This preserves pretty fruit and floral characters from the various Lambrusco clones, some of which smell like blackberries, others like strawberries and cherry blossoms. Lini 910 do a traditional method sparkler also, but it lacks the charm of the tank-fermented version.

Thus the problem with deciding whether there are genuinely top quality sparkling red wines deserving genuine respect is that we can’t even broadly agree on what defines quality. Fortunately, even the best of these wines are not expensive: Majella retails for AU$35 in Australia. So while the debate rages on and these wines continue to sweep up prizes, we’ll (respectfully) be digging into a plate of the aforementioned pig product with a glass of Lambrusco, sparkling Shiraz or, better yet, both.