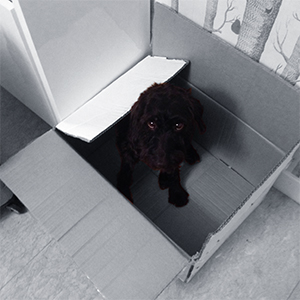 Though not something about which we have solid statistics, it seems likely that one of the biggest barriers to broader wine consumption in Hong Kong is the tricky question of how to store it.

The seemingly obvious answer is the ubiquitous mini wine fridge (I myself am the proud owner of two). However, this is an article for those who are simply not willing to put down cold, hard cash for this admittedly rather chi-chi home appliance. For the person merely seeking a way to keep the occasional bottle in drinkable condition until it can be relieved of its delicious contents, are you doomed to a lifetime of caramelized Chardonnay and stewy Shiraz? Not necessarily.

First, you will be relieved to hear that most commercially available wine is designed to tolerate a certain level of abuse (you didn’t hear it from me). Producers of wine for sale at supermarkets, for instance, are well aware that a. most wine isn’t stored in a fridge and b. it may be sitting on a shelf for some time.

Room temperatures in Hong Kong supermarkets can rise to 22ºC in summer, notably above the “recommended storage” range of around 10-18ºC advocated for most fine wine anyway. Thus, the majority of compounds that might cause something to go badly awry – proteins that congeal into an ominous haze, phenols that turn white wines a creepy shade of pink – have been yanked out of most supermarket wines.

However, even supermarket wines don’t have an unlimited appetite for abuse. There comes a point when a wine must acknowledge that it is derived from natural ingredients that simply can’t stand the battering that a can of Pepsi cola might. So to quote our friend Alanis Morissette, here are just a few things that you oughta know.

One, Heat: the enemy of wine. Why? Anyone who can remember their high school chemistry knows that chemical reactions double in speed with every 10ºC temperature increase. As with people, wine that ages rapidly has a hard time aging gracefully.

However, more pernicious than heat per se are temperature swings, which can tamper with the cork seal (less of an issue for screw caps, see below). Reaching a mere 28ºC can actually break the cork seal, allowing air to flush in and hasten your wine’s journey from decent quaffer to liquid butter (and not in a good way). Also, beware extremes of cold, and never store a sealed glass bottle in the freezer (something I long ago learned the hard way, with an unwisely forgotten bottle of champagne).

Two, light. Bottles are the main barrier between your wine and its mortal enemies heat and light, and thus colorless bottles are anathema. A recent informal tasting of similar wines in green and colorless glass subjected to several un-airconditioned Hong Kong summer days left the former in reasonable shape and the latter a hot mess. On the other hand, a clear bottle will at least reveal clearly when the wine within has given up the ghost. Pinot Grigios more amber than lemon and white Zinfandels of a rusty hue can be left on the shelf for somebody else.

Three, oxygen. Which brings us to closures, the main point of which is to keep wine in and keep air out. Cork, much like the complexion, has an unfortunate tendency to shrivel up if not kept pleasantly moist. Stiff plastic synthetic corks with their poor oxygen seal are often worse. Cork shriveling can be limited by storing bottles on their sides, but with non-absorbent synthetics it makes nary a difference.

Screw caps meanwhile are not totally fool-proof. Though generally more resilient to heat changes, they can also get dinged fairly easily, leaving the seal imperfect and air free to rush on in and wine free to flow on out. Look for screw caps with smooth rather than ridged exteriors to avoid this conundrum.
Four, vibrations: on top of the refrigerator or washing machine is a good place to store vodka perhaps, but give wine a better home. Granted, this warning is applicable mainly to fine wines, but even less hallowed bottles aren’t such big fans of getting a buzz. Much like a five a day coffee habit, all that jiggling can send your wine to an early grave.

Less important? Humidity. Yes it’s a factor in fine wine storage, but in Hong Kong’s year round cork-friendly ~80% humidity, it’s not something over which I might fret.