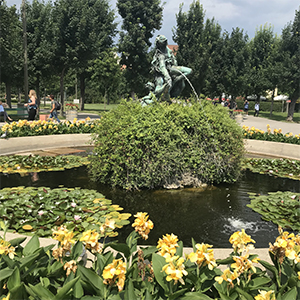 Following hot on the heels of Vinexpo madness, June was a rapid-fire blast starting off with my little man’s first birthday, a quick jaunt to Vienna for Vievinum (and of course Burg Bernstein) then Paris for the handover of Dom Pérignon, then back home again to recover before July’s rash of travel. Am feeling very excited about the two new Almásy wines we have added to the six in the collection. Meanwhile, a few new partnerships are in the works although not yet ready to be announced. Working on locations for a first Visual Tasting Notes show and/or book – again, watch this space!

Ridge Lytton Springs 1997 Such a glorious part of the Hong Kong Wine Society’s AGM lineup that it beat out a heavily European contingent (including Mouton). Juicy, sweet raspberry cordial, brambles and tobacco, lusciousness but with exquisite balance.