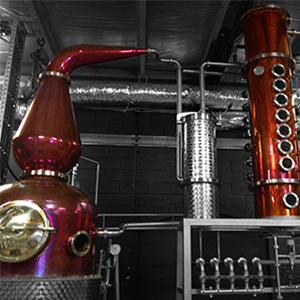 With only about a month remaining before my MW tasting exams as I wrap up this article, the pressure is now somewhere on the dial between 10 and 11. I remember from about this time last year that this is when most of us begin to show subtle (and some less subtle) signs of wear – under-eye bags more than usually baggy, spines like typhoon-battered tree trunks from shuttling about weighty tomes and cases of wine, teeth perpetually black from daily tasting.

Personally I’ve found the more unsettling impact to be psychological rather than physical, mulberry-toned and dentist-alienating though my smile may be. For like the apocryphal shoddy craftsman with his much-maligned tools, I find I’ve recently taken to calling generally faultless, innocent wines some truly unpleasant names.

“It reeks!” I’ve heard myself say of a perfectly passable Sauvignon Blanc. “So boring/flabby/filthy/overblown, it’s so typically –ian” (I will spare you the name of the individual region in question, largely because I’ve said it of virtually all regions, including some I usually consider my favorites). Wines that most people would happily glug down I’ve dismissed as “undrinkable.” And once or twice, having finished a practice exam with virtually no correct answers in my script at all, I’ve simply concluded that all the wines were “absolute sh**.”

The challenging truth is that as we get deeper and deeper into a subject, the brain becomes less instinctive and much more painstakingly over-analytical. Where the casual wine drinker (at least one reasonably familiar with a handful of grape varieties) can easily tell a Pinot Noir from a Syrah, the Master of Wine student – under the pressure of time and the desperate will to pass – can often mix them up because a peppery whiff and a hint of purple in the Pinot sent us down the wrong rabbit hole.

The ego, meanwhile, becomes much more fragile. Having been told previously that we are “talented” makes this even worse, turning a single failure –why, oh why did I write Syrah??? – into a life-shattering event (I wish I were exaggerating). It doesn’t help that our sense of smell is strongly affected by our emotional state, and on day three after two particularly rough previous exams our distressed brains will transmogrify once inoffensive smells into something deeply repellant (surely I can blame this phenomenon for my recent bout of wine-bashing?).

And so, in this very public forum, I have decided to admit to everyone what I have struggled to admit to myself: it’s not them, it’s me. The wines aren’t faulty/revolting/bland (at least not always). My glasses aren’t musty, tainted with dish detergent (as I should well know, since they’re always washed without soap) and they haven’t inexplicably absorbed the smell of oak from our extremely neutrally scented cabinets.

Thus the plan from here on in is – as is always critical to any serious endeavor – to be painfully honest with myself and try above all to come in with an open mind. One sniff of bell pepper doesn’t mean that the whole flight of wines is from Chile (what is that saying about swallows and summers?). A white wine that smells of oak isn’t always Chardonnay (but as an aside for those of you who might just be starting out in blind tasting, it’s a pretty good bet that it is).

To this end, reluctant as I am to put anyone off with my “woo-woo”, I must say that meditation – something I started experimenting with only since being on this MW jaunt – has been extraordinarily helpful. Especially salient is the practice of “noting,” neither aggressively grasping at nor shoving away our sensations but rather calmly observing them as they pass. Not judging (for one as naturally judgmental as your humble correspondent) is undoubtedly the hardest part of this endeavor. However, given it may be the only route to proper detection rather than projection of the crucial evidence, I’m giving it a go.

And so, to the 14%-alcohol dry Furmint that I said was horrible for not having the 11% instead that would have made my answer of Hunter Valley Semillon slightly less preposterous, I apologize from the bottom of my heart. I should have quieted my mind and tasted thoroughly instead of jumping to conclusions from your vivid lemon color and the first toasty whiff of you. To the dry Riesling that I called something rather different because I decided halfway through the practice exam that you were “neutral” (code word for “boring”) even though the notes in my actual tasting grid say “peachy, aromatic and floral”, what can I say? I flubbed.

The pressure, in all likelihood, is not going anywhere, but with a little bit of calm, meditative thinking and a firm muzzle slapped over my most vindictive inner voice, we might just pull through.