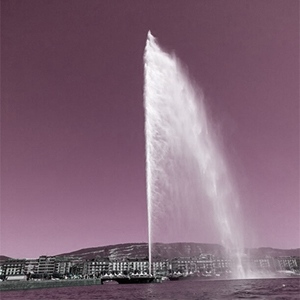 One question that never seems to get old when you reveal to people that your version of studying involves tasting lots of different types of wine is “you must drink loads of good wine then?” Regrettably, this truly isn’t the case (at least, not while I’m studying). Loathe as I am to play the consummate wine snob, even my well-exercised liver simply lacks the capacity to process whole bottles of the myriad (many, sadly, rather average) wines that I’m required to know intimately in order to pass the Master of Wine tasting exams.

Thus, were I an MW student even a mere three years ago, my household would likely have been responsible for a shameful portion of Hong Kong’s wine effluent (there are after all only so many friends who will accept “gifts” of half-empty bottles of White Zinfandel). Fortunately, thanks to what is arguably one of the most innovative wine tools to hit the market in decades, I am now a far less egregious polluter of Hong Kong’s delicate water systems.

For those unfamiliar with it, the Coravin is the brainchild of a medical device inventor who drew the unlikely mental link between hypodermic needle technology and wine consumption (two topics that rarely coincide in my brain). It works by temporarily puncturing the cork with a fine needle, injecting argon gas into the headspace and forcing a spurt of wine out. Retract the needle and the cork magically re-seals.

As a necessary disclaimer, I should note that the head of Asia Pacific for Coravin is a pal of mine, but my abiding love for this lifesaving device well pre-dates his role at the company and fortunately for my frail, human sense of journalistic ethics I have more Coravin capsules, needles and even whole devices than I am ever likely to need (I am however partial to bottles of Grand Cru Burgundy worthy of Coravin-ing, hint, hint…).

Apart from its general brilliance, the Coravin is making an appearance in this column because it is quite possibly the world’s best wine study tool. With June exams rapidly approaching, my biweekly study group is sufficiently well-attended that we no longer feel much compunction about simply opening all the bottles for each session, but for the odd big-ticket wine (ahem, Bordeaux and Burgundy) we’ll still usually break out the Coravin to save as much wine as possible.

Meanwhile, my solo at-home study is still heavily Coravin-aided. Following a plan advocated by an MW who passed his tasting exams on his first go (but still insists he’s a lousy taster), I blind taste two wines at random every morning. Assuming it has a standard-issue cork (sadly excluding most sparkling and many fortified wines), pretty much any wine could come up.

Now, for those who are still not clear on this, blind tasting does not involve any form of blindfold (nor is it remotely kinky, at least not at my house), but rather is the tasting of wine of unknown identity. In fact, this practice is actually harder than what is required on the Master of Wine exam, where wines are usually presented in a group for context (e.g. three wines of the same grape variety). It is also potentially deeply demoralizing, for instance when you misidentify a sweet, noble-rot infected wine from Australia as a sweet, heat-aged raisin wine from Italy. (Again, and again, and yet again).

Happily, having the Coravin means that far from having just killed your one shot at spotting that wine correctly, you can simply yank out the needle, replace the bottle horizontally in the fridge (after having given it a reasonable period standing upright in warmer air to regain its seal, in my experience) and it lives to befuddle you another day.

In finishing, I should note that there are numerous pitfalls of Coravin usage, nearly all of which I suspect I, as a heavy user, have unearthed. One, it should never be used with a screwcap, a mistake that occurs more often than you’d think. Two, it doesn’t work brilliantly with plastic corks (the kind that seal many of the wines I study with), which don’t readily re-seal themselves after puncture the way a natural cork does, so save it for your better bottles. Three, it can take a little practice to extract wine smoothly – first-time pourers will often pump the lever somewhat too vigorously, expressing several spurts of gas into the headspace and rapidly discovering why it is that the wine trade’s uniform of choice is black.