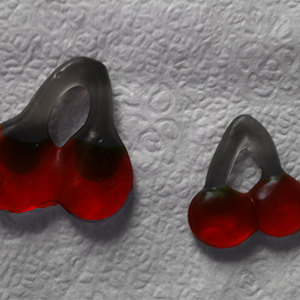 After weeks of trying to channel How I Stopped Worrying and Learned to Love the Master of Wine Exam, I’ll capitulate and revisit one of my many exam lowlights. Most people’s exams don’t involve alcoholic beverages (at least not concurrently), but I imagine everyone can recall an exam question that made them want one.

Certain grapes are considered a boon to blind tasters. Pinot Noir is one such – a pale ruby beacon of hope in a daunting sea of purple. The promisingly pale first three glasses of 2015’s red wine paper wafted of easy marks. Then the question papers were flipped and the faces fell: no points for spotting the wines as Pinot Noir at all. Bugger.

The question was instead about origins. Hypothetically this should still have been, if not cake, at least muffin. Pinot is renowned for its transparency to “terroir influence” i.e. its ability to vinously communicate soil, topography, weather and climate traits. Still, with every international winemaker with a hilly, foggy vineyard chasing that elusive “Burgundian” style and employing “Burgundian” winemaking techniques, identity is getting pretty muddy.

Terroir undoubtedly exists – skeptics need only fork over the increasingly vast sums commanded by even village-level Burgundy. Wines from the same producer, assuming they’re made identically, should through the subtlest slope or subsoil shift produce manifest differences even from plots mere bunny hops apart.

Sadly, as the world’s Pinots improve, they just seem to get more like Burgundy (juicy, rich Central Otago and Russian River being staunch and much-appreciated exceptions!). Thus at Altaya’s annual Passion for Pinot event, I probed: how can we hope to geo-locate Pinot Noir in a world of Burgundy lookalikes?

I quickly learned that winemaking clues are increasingly useless for geolocation, with flying winemakers and jet-setting bloggers sending winemaking trends viral. A mere decade ago American Pinots stuck out with generous helpings of new French oak, but Etzel at least has pulled back on his carpentry to only 30-50% new (similar to Burgundy).  Previously he aimed for 15% potential alcohol at harvest, but now picks at 13%, creating a more delicate style (hurray!) and eliminating another potential clue (boo…).

The herbal perfume of grape stems would once have screamed Burgundy, but now it speaks of anywhere. Lambray’s Brouin goes an ambitious 100% whole bunch, but avoids crushing stems to keep the greenness subtle. Where De Montille’s father used to consistently use 50% whole bunches, Etienne’s less dogmatic, adding stems only to sufficiently ripe fruit, just like Etzel. Then there’s Weaver, who tells me he chews his stems every year and asks himself “well, why would I put those in?” but acknowledges many of his antipodean colleagues are hot for stems.

Meanwhile, soil can’t be globalized and is obviously impactful: Weaver extols his clay soils’ key role in water retention on his hilly Marlborough site (with 400mm in annual rainfall vs. 700mm for Burgundy). Yet soil is rarely referenced in the MW practical exam; it’s simply too inconsistent in most regions, and too unreliable a causal factor, to work. And topography? Weaver loves his eastern-facing slope for ripening grapes slowly without afternoon sunburn. However, hills’ effects depend on the climate (making a site cooler/hotter, drier/wetter), so it’s hard to claim “X wine trait, therefore hills.” And weather? It changes every year.

Thus climate is our best hope. Temperature is usually key, but then most Pinot regions are cool. Still, there are small variations. Oregon’s usually-long growing season can be rudely interrupted by rains, so you rarely find the level of ripeness (and alcohol) common in regions where growers feel comfortable leaving the grapes hanging.

Meanwhile, Weaver’s “tell” for New Zealand is brightness and fruit intensity from much higher UV than in either Oregon or Burgundy. Within New Zealand, Central Otago is “rather hot and erratic,” and frequently “runs out of growing season,” yielding high alcohol and sweet fruit but angular, under-ripe tannins. Martinborough’s exposure to cold southern weather systems slows ripening, leaving earthy/green elements. Marlborough, however, is “the perfect place to grow grapes” (he says, winking). Long, reliably dry autumns create intense, pure fruitiness. Sadly, the predominance of large-scale, industrial farming means only a handful of Marlborough Pinots live up to their climate.

It doesn’t really seem much to go on and yet the wines tasted reasonably different. The Burgundy’s were still a touch leaner through the middle, Willamette similar but less savory on the finish; Marlborough was juicy, bright and pure throughout. However, you’ll forgive me if I don’t mind so much this year if they neglect to ask us about Pinot origins.