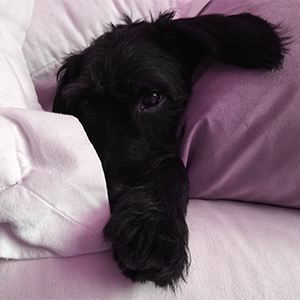 Blind tasting has always been, I must confess, one of the banes of my vinous existence. While some Master of Wine students and particularly Master Sommeliers (a totally separate undertaking with its own London-based HQ, the Court of Master Sommeliers) take to blind tasting like chardonnay to oak barrels, I view it as a necessary evil.

Were I psychoanalytically inclined, I might trace this deep-seated distaste to my earliest blind tastings, delivered by somebody who is, inexplicably, still a good friend, despite his ongoing masochistic love of “blinding” me (but let us not proceed too far with the psychoanalysis).

On the first of these trials, I was served what I now know to be one of the nicest St. Aubins on the market (and if you couldn’t, even at gunpoint, explain what a St. Aubin is, your wine knowledge much resembles mine at the time).

My challenge was that I had started out in wine working for an Italian “natural wine” importer, so unless faced with a skin-fermented white from Slovenia, I was at something of a loss. Chardonnay from a lesser-known Burgundy village might as well hail from Mars.

“How are you on Burgundy villages?” the friend asked, not yet aware of my 50km-wide blind spot.
“You know,” I said with a facial tic that must have been mistaken for humility.

We danced around the issue for another 20 minutes until I – under much duress – estimated a price point for the wine of HK$1,200. This after being told it was from St. Aubin, and that the above is not traditionally considered a great Burgundy village. For reference, St Aubin from this producer (Pierre Yves Colin Morey) generally clocks in at around HK$375.

Realizing at this stage that he’d thrown in his lot with a crass bungler, the friend diplomatically (for him) said only “I didn’t realize pricing in Hong Kong was so steep.”

This did not, however, stop said friend from repeating these ritual humiliations frequently before I put my foot down. The wine that elicited the boot was from Emilia Romagna, an Italian province far more gastronomically talented than oenologically, and also made from the Barbera grape instead of the customary Sangiovese. I seethed.

Blind tasting is after all sufficiently beastly without having to contend with the psychology of the “blinder,” who may simply be out to get you. They may have funneled it into a differently shaped bottle. They may have pasted the neck tag from an Italian wine onto a bottle of Burgundy (didn’t get me that time!). The mind is putty in the hands of suggestion, concocting sugar when there is bone dryness, adding oak to wine untouched by barrel.

However, what blind tasting is not is magic. Sad as I am (not really) to dash the fantasy of the precocious taster who merely touches glass to nose before rattling off producer, vintage, grape variety and the name of the horse that ploughed the field, I would posit that for most wines the best we can manage is a well-informed, logical guess.

Acknowledging this, the Master of Wine tasting exams are primarily geared to the logical rather than instinctive mind. Although points are naturally awarded for a correct identification, the lion’s share reward the supporting explanation (one can’t answer a 12-point question with “Chardonnay, because it tastes like it” and expect to do well).

Furthermore, the wines are normally placed within some kind of context – “these are three wines of the same grape variety from different countries.” Also, were a skin-macerated Slovenian white improbably to appear, it likely wouldn’t need identification but merely assessment for “quality” and “style.”

What, then, are the tools of blind tasting – how might I have gotten to St Aubin? Particularly now that winemakers everywhere have become so adept that the argument “high quality, therefore Burgundy” sadly doesn’t fly.

You’d probably start with the fruit vs. mineral question, a divide between the generally “fruitier” new world (everywhere outside Europe) and the unfruity, European old world. This offends most of the new world, but still arguably holds some truth.

With fairly low alcohol (12.5%), tart acid, light body and lemon and stony notes (yes, we contend that stones have a smell), we are in a cooler origin. However, subtle vanilla oak notes push us away from Chablis where new oak is rarely used. This pushes us to Puligny-Montrachet, the “skinniest” of the top white Burgundy villages, but our wine’s comparatively moderate concentration and complexity (i.e range of aromas) might direct us to Puligny’s lesser-known neighbor St Aubin.

Admittedly, with wines that are not highly specific, it will sometimes still feel like we’re throwing a dart. However, given the last time I answered this question I thought we were drinking Friulano from Friuli (not even slightly close), I’ll admit the logic definitely helps.