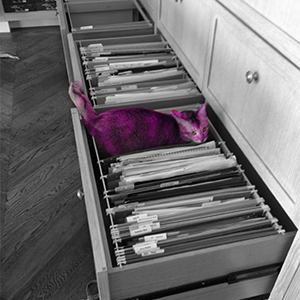 “Wine theory” exams are something that people outside the wine industry would be forgiven for regarding skeptically. After all, even the most bearded of long macchiato hipsters doesn’t go around referring to “coffee theory” expecting to be taken seriously.

However, in the context of the Master of Wine, the validity of theory exams often goes unquestioned, perhaps because of the sheer volume of output required. In total: five exams taken over four days, most lasting three hours, with 2-3 essays each. However, because the MW has long remained something of a black box, much confusion remains as to what those 14 hours are spent writing about.

The temptation is naturally to allow this ambiguity to linger, affording anyone who has passed the exams a flattering aura of vinous omniscience. Doing so, however, can elicit some awkward overestimations. For instance, I’ve now been asked a handful of times to help authenticate wines with vaguely suspicious labels (sadly, I really couldn’t, but I’ll pass you on to non-MW but very serious counterfeit expert Maureen Downy who almost certainly can).

Having recently burrowed my way through the Theory portion of the MW (the other portions of which are Practical, i.e. tasting, and the Research Paper) I feel somewhat reasonably placed to try to delimit what MW Theory is and isn’t. It is: a theoretical study of growing vines and making wine, packaging and transporting it, marketing and selling it and how all of the above are or might be about to change.

The questions range from rather expansive, such as this beauty plucked straight from this June’s exam – “How might the costs of growing grapes and managing a vineyard affect the price of a bottle of wine?” – to rather specific – “What are the causes of grapevine trunk diseases, such as Esca, and what are the best strategies to combat them?” also from the 2015 vintage. These questions must be answered in essay form, with approximately 700-1000 words each.

Both of these questions stem from our first paper (viticulture), but reasonably represent the range of knowledge expected. Between the five papers, in which we dig into everything from soil pH to supermarkets, it might come as a surprise to non-MWs that there remains much in the world of wine that sits outside the MW purview.

And yet the MW isn’t a surprising number of things. For one, it’s not a qualification that trades in the exquisite details of individual wine regions, a feature that distinguishes the MW from say the Master Sommelier (MS). For instance, a past question on the MS exam asked candidates to list several different Washington State AVAs in order from West to East, a question I would have struggled to answer even at the apex of my pre-exam cramming frenzy.

Another potentially surprising thing that the MW largely elides is wine service, a critical aspect of the MS. I personally avoid opening or pouring wine bottles in public, having been told on multiple occasions that my technique resembles that of a left-handed gorilla. Fortunately it rarely comes up – the wines for our tasting exams are decanted into stoppered bottles obviating the need for any quick wrist work, and on some secret level I yearn for the days when all wines are sealed under screw cap.

Yet another factor that is not as important to the Master of Wine as one might imagine is wine brands – the qualification as a whole is relatively brand-agnostic. For instance, students who identify wines by actual brand name in the practical exam are liable to – particularly if wrong – be written off as incorrigible show-offs. Hence the person glowing with pride at his ability to name all of Kistler’s single-vineyard Chardonnays may find this particular repository of knowledge somewhat undervalued by the examiners.

However, this is not to say that the MW wants for specificity, and it is actually in the Theory exams that brands play a key role. In our essays, we must refer repeatedly to specific practices at a range of specific wine producers (ideally from a range of continents and climate types) in order to have a shot in the dark of passing. For example, it is insufficient to say “rootstock 41B is very popular in Champagne.” What is needed is something like “Rene Geoffroy, like most Champagne growers, use primarily rootstock 41B for its tolerance of chalk soils, but have experimented with rootstock SO4 on sandy plots where its vigor is limited.”

The aim, we are told, is to demonstrate detailed, current, first-hand knowledge of what is being done in the wine industry worldwide, something I must say I’m quite proud of having been said to have attained. Now if it could just stay absolutely static for the rest of time, I would be most grateful!