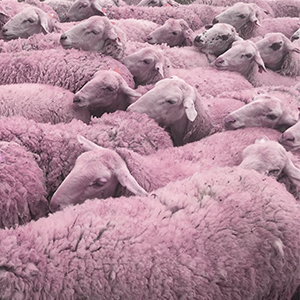 For everyone even remotely related to the wine trade, the final quarter of the year is not primarily about the approach of Christmas (though our already heavily-bedecked shopping malls clearly feel differently), nor Thanksgiving, Diwali, Hannukah, Kwanzaa, Singles Day or any other cultural (!) celebration.

It is, above all, Wine Fair Season, a time when the already chaotic calendar of wine events fills to bursting and competing event organizers try with increasing aggression to lure you to their masterclass/walkaround tasting/casual cocktail, smilingly ignoring your feeble protestations that you are already committed to three (nay, four!) others. I know, poor us.

This year was the usual drill: the gleeful madness of Wine and Dine, business-focused Hong Kong International Wine and Spirits Fair, quick hop over to Shanghai for ProWine (which I admittedly did not directly attend, but was there for the Wine in China Conference the previous day). Subsequently, days of shuffling through catalogues of business cards trying frantically to match names to vaguely recalled faces, and the irrepressible notion that it might be nice to hide out in New Zealand until Chinese New Year.

The primary issue with wine fairs is that, like most seemingly awesome things, they’re just much too much. As a visitor, the opportunity to try wines of every conceivable style, origin and grape variety (a friend from outside the trade managed to try wines from Kazakhstan, Crimea and Russia, he tells me) and delve into every conceivable angle of the wine business (including those people who manufacture plastic wine “icicles,” the purpose of which still eludes me) can leave you feeling like a dog chasing tennis balls. A Master of Wine student trying to pin down a topic for her research paper proposal (e.g. yours truly), feels like a Schnauzer with ADD in a tennis ball hailstorm (e.g. Kevin).

Thus, in the interest of those who’ve considered pursuing the MW, and hopefully also to mildly divert those who have no earthly interest in doing so: a few learnings scraped together over many high-heeled wine fair miles (why, why can I not just give in to the siren song of ballet flats?). In light of all the blisters, we’re sincerely hoping that herein lie the seeds of a paper topic, but if not we’ll have to chalk it up to “staying up to date with the state of the trade.”

Hong Kong is fighting back to maintain its “Wine Hub of Asia” status. For those who pay attention to such things, the tides have over the past few years been turning. The Qianhai tracking code + app, with its grand promises of access to well-organized Chinese bonded warehouses to be used as logistics centers for your mainland business is merely one small example of an assault on HK’s hegemony. Hong Kong has struck back by making it easier to bulk-register and pre-register for customs. We will see how this shakes out.

Other learnings: the Chinese wine consumer isn’t motivated by what you think they are. I use “the Chinese wine consumer” as if it were a monolithic entity because – according to researcher Dr. Justin Cohen of the Ehrenberg Bass Institute in South Australia, who has worked extensively with Chinese consumers – existing Chinese consumers of imported grape-based wine are not that different from each other whether they live in first, second or third tier cities. In a big reversal of the message of diversity and individuality we in the Greater Chinese wine trade have been trying to promulgate for years, apparently they’re more or less alike, behaviourally. This is of course somewhat disappointing if you’ve spent large swathes of your marketing budget trying to tease out the intricate differences between your Chengdu and your Xi’an wine drinker, but comes as a relief to just about everyone else.
To return to what motivates this archetypal consumer, apparently it is still wine’s status as a “health drink,” which is a rationalisation I myself am quite attached to. Name slash brand recognition is still a big factor, but really not in the way you might have imagined. For example, in Dr. Cohen’s study, Chinese consumers were more likely to recognise the “brand” name Ningxia than Chianti or even Napa (sorry guys).

E-commerce in China, for all the noise made about it, still only represents 5-10% of wine sales by volume depending on the individual market (although we’ve heard figures as high as 30%, so as usual who knows). Furthermore, continued expectations of low to non-existent logistics costs in a country that is still not as smoothly networked as we all assume, make this an almost terrifyingly low-margin business model. The most successful players are emphasizing O2O (online-to-offline, in case you’ve been residing in a cave or wifi-less wine growing area), one of the most widely overused and misunderstood terms in modern parlance (along with pivot, another favourite).

Yet at the same time the glorious Judy Chan of Grace Vineyards, and impressive social media prowess, spoke of the power of WeChat (weixin) group chats, the ability to sell wine through flash promotions, and Chinese millennials’ apparent willingness to pre-spend their 13th month salary and actually go into debt to get in on this wine thing, so maybe the whole thing has legs.

Finally, last in my collection of random impressions, smaller markets like Taiwan remain massively overlooked. At the Wine in China conference in Shanghai, Taiwanese wine insider Patrick Chen bemoaned the fact that nobody comes to visit them, nobody invites them to go anywhere, etc. So give them a little love, maybe.

Anyway, it’s clearly been a rather businessy month for this little MW student (in fact did we taste anything at all? Can’t remember). Next time on Diary of an MW Student, we rush back to the real reason we got involved in this racket (tasting, obviously).