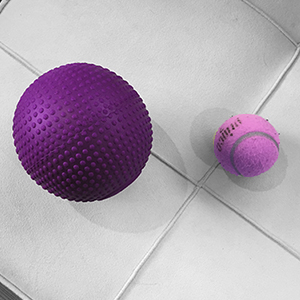 I recently held a short talk for a group of interested but non-expert wine consumers, where I had taken the perhaps foolhardy decision to tackle the thorny issue of wine pricing in our wine market. To give a bit of background for those whose lives do not revolve around the wine trade, the familiar part of the story is that in 2008 the Hong Kong government removed all taxes on wine (imports and consumption, and we don’t have a VAT), creating the modern world’s first completely free market for wine.

What is perhaps less well known was that when they set about creating the free market, the government really went whole-hog – since 2008, there has not been any licensing requirement for wine importers, wine importers have not been required to present a certificate of origin for their imported goods, nor even a certificate of health (though to be fair they are strongly encouraged to do so, and wine being a product that is rich in alcohol and low in pH it is generally a very low risk microbial contamination-wise).

Though this issue has been touched on by my fellow wine-writers in the past, it is generally not a topic that we like to address, for fear that consumers wary of wine pricing will throw out the baby with the bathwater and abandon wine in favor of G&T’s (incidentally, an even more high-margin item for the bars). However, something undoubtedly is wrong given that a good 6 years after the elimination of wine tax, the average consumer doesn’t seem to be getting a better deal than they were before.

Certainly those in the know – whose treasure troves have been sitting in bond in the UK and have now been brought back onshore, or even those who simply know their way around wine-searcher.com – have benefited. There seems to be a sense among this population that it serves the importer tier (of what is already a much collapsed distribution system compared to, say, the US) right that there is now a good dose of competition in the market. Meanwhile the importers are shouting “no fair,” complaining that their ability to make a living off the meager margins earned per bottle (once 50%, now approaching 10-25%) has been eroded.

In defense of the middle men, the responsible members of this group (350 importers, according to Debra Meiburg’s Guide to the Hong Kong Wine Trade, of which I was once managing editor) do provide a useful service, for which they deserve to be paid. They store and transport the wine efficiently, using economies of scale; they should provide a guarantee of its authenticity and provenance (storage track record, i.e. has it been living at the winery until it’s shipped to you, or has it been sitting in a bodega in Brooklyn?), and they, ideally, provide a curated selection of wines that they are willing to stand behind the quality of. For those in the trade who take their roles seriously, the complaints that the wine world equivalent of day traders are ruining their business seem justified.

The only people you won’t often hear complaining are the large F&B organizations, who continue to treat the beverage program as the cash cow, with cost of goods sold down around 20% and sometimes as low as 10% (i.e. margins of 80-90%, so HK$400 on a HK$500 bottle of wine or even HK$120 per glass for a bottle they paid HK$80 for). If attacked, the argument from this set used to be that they were still running through stocks from the pre-tax cut era. If that is still the case six years on, there is more wrong with these beverage programs than can be solved by lowering prices. Still we don’t wish to vilify any set as a whole – the independent restaurants in particular face the crushing pressure of increasing rents with short (by global standards) leases of only 2-5 years. Recouping your investment in a restaurant takes a long time, and higher margin products are the ticket.

Why, we ask, is this allowed to continue? One begins to feel that although consumers do have some sense that they are paying more for wine in a restaurant, they do not quite grasp the severity of the situation. A poll by Meiburg Wine Media and the Cathay Pacific Hong Kong International Wine and Spirit Competition in 2013 indicated that the average bottle price survey respondents were comfortable paying in a restaurant (around HK$500) was only marginally higher than what they would like to pay in a shop, seeming to suggest a lack of awareness of the vastly different pricing structure in restaurants, hotels and bars compared to retail shops. That or a willingness to accept wine that is only one quarter as good when they are dining out (if we posit that wine quality and price are linear, admittedly not quite the case).

What solution is there for this seemingly intractable situation? Barring the cessation of wine consumption in bars and restaurants (oh please no, public!) there seems to be a huge opportunity for somebody to fill the vacuum of trust. In many developed markets this role is played by journalists, whom the public trust to find “value for money” wines. However, in the most developed and, I believe, fair and transparent markets – London, New York, etc. the trust is placed in people who actually have a commercial interest in selling the wine: sommeliers, merchants, etc.

Why advocate for these market players, who ostensibly have a fairly substantial conflict of interest? Again, it has to do with transparency – while I in no way mean to criticize fellow members of the press, the pressures to provide favorable reviews or even coverage are undeniable. This is not to say that we shouldn’t read journalists whose views we share, it is merely to say that there is no firm line between those who do have commercial interests in a wine’s success and those who do not. Like consumers, merchants and especially sommeliers in this city have access to virtually any brand and label they could desire: who should believe more in a product than somebody who has selected it out of hundreds of options, essentially putting their name on the line? Those who are genuine and transparent about their pricing deserve to earn a fair proportion of the price of a bottle that has been carefully selected, served in an attractive environment by a knowledgeable server in appropriate glassware.

However, until such time as that trust has been established, can you blame the apparently snobby clientele of a restaurant who choose to bring in their own wine and pay HK$250 a bottle rather than pay 80% for a bottle of wine they wouldn’t normally buy in a shop?