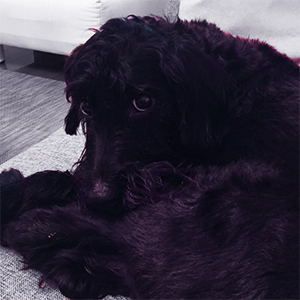 The biggest fib in the wine industry: “there is no such thing as good or bad wine, it only matters whether you like it.” It’s a fib not because it’s a false statement, but because the people saying it often don’t quite believe it. Conscious or not, the underlying message of a statement like this is that the person to whom it is being said is clearly too innocent of what good wine actually is for the speaker to be bothered debating the topic with them.

The mirror image phrase, often used by persons who accidentally find themselves in conversation with a wine professional: “I don’t know anything about wine, but I know what I like and what I don’t like.” Though it is almost always said with the best intentions, to my ear this feels like telling somebody who works in finance “well I don’t know anything about finance, but I know which stocks I do and don’t like.”

The point is that from here on out the conversation can go one of two ways: somebody glib will likely take the phrase as a cue to “talk down to the person’s level,” most likely using lines like the one described above, and possibly try to sell them something. The decidedly less glib, myself included, will instead melt into an awkward puddle of platitudes like “that’s great, it’s important to know what you like,” and “well, yes I really like big reds too,” (and I’ll admit it, that too is a lie), before we eventually shuffle off.

These uncomfortable phrases appear hundreds of times over the course of all wine aficionados’ conversations with self-declared “non-wine people.” You can’t really begrudge either group using them; they’re certainly handy for papering over the awkwardness of many a potential impasse (for instance, when somebody mistakenly extols the virtues of the Pinot Noir from Bordeaux). The problem with both phrases is this: while they pretend to say that wine is something easy and approachable, they ultimately stymie the flow of any mutually respectful, informative conversation that could genuinely help more people enjoy wine.

The underlying assumption here is of course that knowledge about wine has some impact on your ability to enjoy it. Whether this is true is a question I’m asked regularly (and yet another that inevitably transforms me into an awkward, platitudinous puddle). The askers are usually casual wine consumers, some genuinely interested in the answer and some simply trying to gauge just how big a wine snob I actually am.

After years of deflecting the question, I’ve finally decided to come down firmly on the side of yes. Within reason. Do I believe that only those who sit either the Master of Wine or Master Sommelier exams, or have a Burgundy cellar that runs back to 1945, are truly able to enjoy wine? Clearly not, even if perhaps the people peddling either wine education or mature Burgundy might like you to think so!

However, if your wine knowledge framework consists of “is it red or white?” you are indubitably missing out on something. Training the senses to distinguish a range of aromas and textures is as enriching an experience as learning that there are not merely three primary colors, but an infinite sweep of mauves, jades and cinnabars in between.

Though it is a topic for a debate we won’t be able to settle definitively here, I would venture that “enough” lies somewhere between learning the generic taste characteristics of six or seven red and white grapes and knowing where Chambolle Musigny is (and perhaps Barolo too, thrown in for good measure). Happily, falling somewhere in this knowledge band will put you in a league with many people who consider themselves wine literate, and will probably give you at least 80% of the pleasure enjoyed by those who know all the Grand and Premier Crus of Burgundy by heart (for the record, I do not).

So the next time you find yourself talking to a wine person and wish to get something meaningful out of them rather than a platitude, what to use instead of the “know-nothing except what I like and don’t like” bit? Perhaps something like this: “I’m still learning about wine, and trying to work out which styles I like.” Fortunately, thanks to wine’s boundless richness, it’s actually true of everyone.