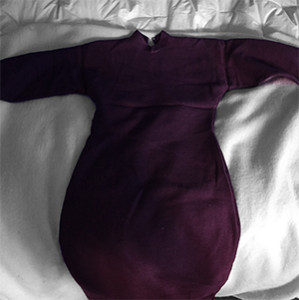 Anybody who brings up weight in the post-holiday months probably deserves a sack of coal next Christmas. Our culture’s fixation with bodies is such that we tend to apply body-related analogies even to phenomena for which they’re rather poorly suited.

For instance, a so called full-bodied wine is not literally any larger or heavier than a light-bodied one. It’s not even necessarily denser, given alcohol has only 80% the density of water, and full bodied wines tend to pack the alcohol in spades, sometimes hitting 16-17%.

So is that it? Is body just a matter of booze? Not necessarily: some wines’ “plumpness” comes from glycerol (aka glycerin, an ingredient in many hand soaps, but please don’t try drinking one). Others are low in alcohol but high in sugar, making them feel thicker in the mouth just as honey feels thicker than apple juice. The final factor is “total dry extract,” an inappropriately dry term for the captivating solids dissolved in wine that distinguish Yellow Tail from Lafite (frighteningly, only about 28g per kilo of liquid).

Thus, what “body” actually describes is wine’s viscosity i.e. internal friction or thickness (we won’t comment on the resultant implications of being called a full-bodied person). The fact that “full-bodied” was once an unalloyed positive for many wine drinkers suggests that all that was needed back then was something with as much “oomph” as possible.

As in many fields, nobody likes oomph as much as Americans, whose critics and winemakers seem naturally inclined to make it big, make it red. Australia, in its rush to feed the oomph-crazed beast, quickly made itself known in noughties America for the kind of bold, high-octane Shiraz you could fuel your SUV with. But with declining American fortunes post-2008, Australia pivoted back to its biggest market, the UK, and the rest of us, who all pointedly asked whether we needed quite so much oomph, so much bang for our buck.

Because one thing wine needn’t do is bang. Chardonnay needn’t carry 14.5% of alcohol, clubs of oak or bombs of butter. Likewise it shouldn’t be stripped back so far of oak and alcohol that it would go unnoticed in a sea of Pinot Grigio (witness the phenomenon of “unwooded Chardonnay” that hit Australia in a backlash against Big Chardy).

The new wave Chardonnay from cooler climate areas around Melbourne, particularly the Yarra Valley (Oakridge and Giant Steps leap to mind) and Mornington Peninsula (try Kooyong and Ocean Eight), are delightfully grown up. The oak use is subtle, with older, larger barrels used for fermentation and aging, resulting in an unexpectedly less oaky finish than simply aging the wine in barrels. The alcohol sits around 13%, the aromas in the flint-floral-lemon zone rather than the realm of peach-pineapple smoothie.

The phenomenon is by no means restricted to whites, the most notable target being Australia’s icon grape: Shiraz. So intent are the new producers on differentiating themselves from the old models that some have taken to calling their wine Syrah instead. On some level this saddens me, though I can understand the intention. Instead of trying to alter the public’s deeply entrenched image of Shiraz, these producers want a way to flag their bottles as more elegant and old world in style. To be fair to them, there are plenty of people who still like the old Shiraz, so maybe it’s the best plan of attack.

However, the proud use of the name “Shiraz” for a truly novel, non-derivative palette of wine styles is part of why bottles like Luke Lambert’s Crudo Shiraz, Battle of Bosworth’s Puritan Shiraz, Sons of Eden’s Remus Shiraz and Gemtree’s Obsidian Shiraz (to name but a few highlights from the James Busby trip I recently joined) are so very exciting. They are sleek, pared-down visions of what Aussie Shiraz could be; much less loud but much more sonorous.

Crudo and Puritan sit firmly on the side of perfumed, peppery and flirtatious, even unserious. Both are intended for early consumption and have none of the milk chocolate oak that is a calling card for much Aussie Shiraz, having replaced it with a healthy dose of funk. Remus and Obsidian are decidedly serious, with the seductive florals of Remus and the velvet robe tannins of Obsidian securing their status as very fine wine (very fine wine indeed). More to the point, while both are deeply impactful wines, you would never describe either as beefy or voluptuous. Nor, worse still, that most yesteryear of compliments: bangin.’