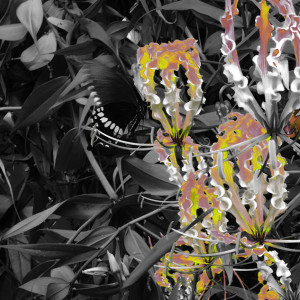 It’s a rare person in the wine world or any other who can make the statement Bruce Tyrrell makes about Hunter Valley Semillon, which he calls “our gift to the world.” While to some that may sound too close to “God’s gift to the world,” for Bruce it’s simply an honest statement of what it means to carry the torch for a classic wine style that’s deliciously unique, yet doesn’t quite resonate with consumers.

Tyrrell’s is one of the lucky few that have made Hunter Valley Sem such an intrinsic part of their brand that it has real traction in the market. Their risk is more insidious change from within: young winemakers trying to put their stamp on this clean, unadorned style with (gasp) oak or (shudder) stirring the lees i.e. dead yeast cells, to make the wine feel plusher. Bruce guards against change with the valor and grit of the last unicorn, and the rage of the red bull.

Happily he’s not the very last. A handful of other properties have succeeded with Sem, mostly with subtle tweaks. Mount Pleasant makes one of my favorite examples from the locally renowned Lovedale Vineyard, at once lean and waxy like an elegant white taper. Brokenwood are making a more approachable version with limes, lemongrass and iodine even in youth that may just help hook a few new consumers.

The classic Hunter style is incredibly austere for most drinkers. We’re used to the punchy fruit of Sauvignon Blanc, the buttered toast of Chardonnay or even the pleasant blandness of Pinot Grigio. Young Hunter Valley Semillon tastes aggressively of nothing. It is sharp, thin (only ~11% alcohol) and frankly quite unpleasant. Knowing this, most producers make the huge capital investment of holding bottles 3-4 years before release.

This is fortunate, because only later does Hunter Sem show itself. Like a house packed in a briefcase it slowly unfolds until what was a tiny wine becomes almost overwhelming. It is smoke and lemons then grass and seashells then beeswax, burnt toast and funkier, less obviously attractive things like wet wool and struck match. Many will be put off, the rest become addicted.

Rutherglen is another pocket of Australia home to a disappearing treasure. Rutherglen “stickies” Muscat and Topaque (a new name for “Tokay” adopted to appease the EU) are deeply untrendy on so many counts: they are fortified, lusciously sweet and entirely unlike the wildly popular Moscato made from the same grape family. If Hunter Sem is somewhat forbidding, stickies are the opposite. They’re almost too generous, like an aged relative who foists so many sweets on you that you visit only rarely, always leaving with aching teeth and a gut like the wolf after gobbling granny.

Stickies are made from grapes raisined directly on the vine to gooey perfection. The next steps vary depending on which of the six remaining producers you ask, but generally the raisins are crushed and fermented briefly before neutral spirit is added (fortification). Next, some form of barrel-based blending system (solera) is used to achieve a consistent mix of older and younger wines, classified by age as Rutherglen (average 3-5 years), Classic (10), Grand (15) or Rare (20). At the old school All Saints, the barrels live for years in their traditional spot under hot tin roofs, literally simmering the wines into greatness.

With sugars often above 200g/L, this is no health drink, but it is a grand one. Like all aged fortifieds, Rutherglen stickies have a complexity that exhausts the English language to describe, with “elixir-like” featuring on Campbell’s Rare Muscat tasting sheet, along with cold tea and fish oil (also dark chocolate and malt biscuits in case this was beginning to sound unappetizing).
Still, unlike UNESCO Heritage sites, wineries are businesses and can’t be held hostage to styles few want to buy or drink. Sem needs years in cellars we no longer have to rise from its dragon-like slumber; stickies, with their decades-long aging process, are as alien to our modern drinking culture as a sphinx padding down Wyndham Street.

And yet fortunately a few producers have found a way to keep the torch burning. They’ve instinctively grasped the need for a little magic in an increasingly homogenous wine world – it’s their gift to us to keep making it.