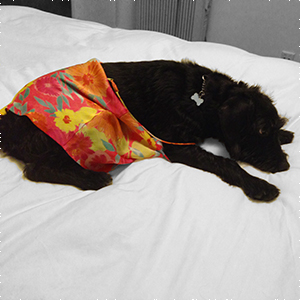 Unlike the term “interesting” – usually a wine-speak euphemism for “faulty,” “bizarre,” or “borderline undrinkable” – the term “alternative” is fairly neutral. On iTunes, Alternative is a catchall, covering everyone from The Killers to your uncle Joe’s garage band. But something rarely considered “alternative” is Australia; to most drinkers, Australian wine is much more Kylie Minogue than Crowded House.

Hence, the title “Alternative Adelaide” for an event on this year’s James Busby Australian wine trade trip left many of us nonplussed or else suspicious some kind of swingers’ event was in store. However, like Dorothy after hopping the rainbow, we were soon pleasantly surprised by the Technicolor world of Oz and its new category of “alternative.”

Only a few years ago, our vanilla impression of Aussie wine might have been more justifiable. However, with the US market’s lost taste for behemoth Shiraz then China’s diminished interest in being the world’s sponge for Jacob’s Creek, Aussie producers have had to do some soul searching to avoid being one hit wonders. A number of innovative minds – many in lesser-known regions of South Australia like Langhorne Creek – have moved on from producing greatest hits Shiraz and Cab to varieties that are a little more out there.

Fortunately, most have done their homework, choosing varieties from suitably hot and arid climes like Touriga Nacional from Portugal, Tempranillo from Spain and Sangiovese from Italy, which will hold bright acidity even after countless hours of sunshine. Little old Malbec from Argentina also has its fans, and makes an appealingly plump and juicy drink down here. Even Grenache, long a staple Aussie blending grape, is embarking on a solo career, with increasingly impressive results. Marco Cirillo’s Grenache, planted in 1850 on a field so sandy you’ll want flip flops to cross it, is miles too serious for a picnic on the beach.

On the white front, growers have cast wider nets, with cool climate varieties like Austria’s Gruner Veltliner rubbing shoulders with Fiano from Campania, the scorching instep of Italy’s boot. Fortunately, nobody’s gone too bananas: the perfumed, peppery and pink-ish Surrey Pinot Meunier, native to frigid Champagne, mightn’t have been so feisty were it planted down in Barossa rather than in chilly Adelaide Hills.

Though most of the wines weren’t quite as characterful as their old world cousins, they were uniformly well-made, fresh and pure. Plus it’s early days yet: prodigies are as rare among grape vines as humans, and most don’t produce masterpieces until they’re counting grey hairs. Producers of alternatives also see themselves less as copycats and more as cover artists bringing a fresh approach to a favorite tune.

Still one could be forgiven for questioning the need for alternatives –
the world of wine is confusing enough without people playing grape variety musical chairs. I would vouch for “alternatives” with the following points:

1. The times they are a-changin’, or at least the climate is. Most of the new varieties being trialed are, as noted, less thirsty ones, and in South Australia drought’s always knockin’ at the door.
2. Old and established ≠ good. While I can feel South Australia’s 100+ year-old vines glaring daggers at me, the difficult truth is that there are remarkable old vineyards and average ones. While I would never advocate wholesale ripping of old vineyards (please no!), today’s alternatives could be tomorrow’s new classics, but if we don’t try we’ll never know.
3. As we asked the producers of Langhorne Creek, just how much Shiraz, Cab and Chardonnay does the world need? In a fiercely competitive market, a genuine alternative (not just another bland beverage with an unusual grape name slapped on the front) is a beautiful thing. I personally don’t want to listen to Maroon 5, Pharrell Williams or Taylor Swift constantly (or never, in Taylor’s case). Sometimes I crave the woozy vocals and glockenspiel of Noughts and Exes. Who, you ask? You’ll find them on iTunes, though ironically not in Alternative.