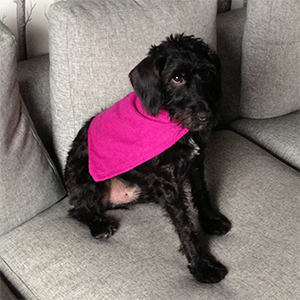 In the sphere of tourism if not in the realm of wine, “Provence” is one of the world’s most evocative names, alternately redolent of wind-tickled fields of quivering lavender or sun-bleached beaches of quivering bikini-wearers depending on how you prefer to spend your holidays. For me the “image” that evokes modern Provence is, ironically, a song written by a 19th century Italian. “Di Provenza Il Mar, Il Suol” from Verdi’s La Traviata, the impassioned plea of a father for his son to return to his home country and leave his degenerate life in Paris with the decadent and beautiful but doomed courtesan Violetta Valery, seems a perfect metaphor for Provence’s internal conflict between the glossy cosmopolitan tourism that keeps its economy ticking and its deep-rooted sense of tradition and individualism.

Even the Italian language of the aria, seemingly out of place in Verdi’s Parisian setting, makes perfect sense in this song given Provence’s roman heritage, large Italian population, and Italianate laid-back approach to life. To many consumers and even members of the wine trade, Provence’s vinous output is similarly laid back and ultimately fairly uninspiring, though wallet-friendly (both for those who indifferently swig it and those who produce it by the bucket load). It is mostly pink, mostly insipid (apologies to Sasha Lichine of Chateau d’Esclans, one of the exceptions), and mostly for drinking without thought. The wines of Henri Milan of St Remy de Provence, an exquisite town about 18 minutes south of Avignon, is none of these things (except for the pink bit, which we’ll get to later).

Henri is one of the people for whom the term “terroirist” was invented, and indeed on some days when he is feeling especially polemical and has forgotten to shave he can start to resemble the radicals to whom that term alludes. Lying an hour from the coast, Henri’s corner of Provence does not have the “mar” (sea) extolled in the song, but it certainly has the “suol” (soil). The soil is a grey-blue marl (limestone-clay mix) of which Henri is extremely proud for its similarity to the soils of some Chablis Grand Crus. “Suol” comes from the latin root “solum,” which means “soil” but also “alone, solo,” a perfect piece of word play for a man and a place that stand apart.

Just like him, Henri’s wines are nothing if not characterful, and like all things unique they have their good days and their bad. For the sake of full disclosure, I should reveal that I spent time as an intern at Domaine Milan and thus have a more than impersonal affection for the place. Still, this doesn’t blind me to the fact that Domaine Milan is at once a source of great inspiration for other wineries in the region, and a business with some definite internal conflicts.

Like Alfredo, the male protagonist of Verdi’s masterpiece, Henri is from a bourgeois Provencal family; his father was a notary in the area who also owned a vineyard. It was Henri’s vision and willingness to step outside of traditional bounds that has catapulted the winery to the place it is today, with his wine poured for the in-crowd at hip locations from Manhattan to Shanghai. They are one of the few in the area to produce more ambitious wines at higher prices (above 20 Euro), having raised quality mainly by applying serious rigor in the vineyard, deciding after experimentation to train their vines on wires rather than in the sprawling, Bob-Marley-esque bush vines that loll over the rest of the area’s vineyards. They’ve also experimented with non-local grape varieties like Cabernet Sauvignon, though they are gradually phasing that out (more on this later).

And yet Henri’s approach to wine centers around a return to tradition, almost to the point of extremism. The fields, planted in accordance with the alignment of the stars and planets, are plowed by horses and guarded over by totems made of pine cones and cobbles gathered from the fields. The wines are stored in concrete tank rather than stainless steel, allowing them to “breathe.” They are then bottled mainly by a manually operated bottling line, and for the most part, the wines have little or no added sulfates.

Since most of us know sulfates only from the ominous-looking warnings on wine labels, let us take a moment to explain their role in winemaking. All wine contains some sulfates, which are a byproduct of alcoholic fermentation, but most winemakers will add extra sulfates at various stages to help prevent a. oxidation and b. spoilage by bacteria and fungi. A big part of the so-called natural wine movement involves lowering the level of added sulfates, which devotees like Henri think unnaturally halt the evolution of wine, “compressing” its fruit characters.

However, even Henri admits that white wine, which has fewer protective antioxidants, usually needs a little bit of sulfate to keep its freshness. His Grand Blanc, a uniquely delicious blend of traditional (Roussanne, Grenache Blanc) and non-traditional grapes (Chardonnay, Muscat) has just a touch added, keeping its resinous, sappy flavors just this side of oxidative. When he has made it without sulfur (the results of which I have tasted), the wine tends to actually taste just fine, but the unsightly ropes of yeast and other biological material that can build up in the bottle tend to make the wine a tough sell.

The rosé – a product originally produced only from time to time but now more consistently – is nothing like other Provencal rosés, with more fruit, spice and color than your average pale pink Provencal sipper. Being Henri, i.e. being torn between the desire to be traditional and the desire to do the best thing for his wine, they have made two rosés, one with sulfates added and one without, as cellarmaster Sebastien Xavier (Seb) explained on our last visit. The difference is clear, with only 10mg/L of sulfate, the sulfated version is more exuberantly fruity, but also simpler, while the non-sulphated version has a more savory restraint.

The cynic in me would argue that the savoriness is merely the effect of oxygen, not terroir; and for the type of product they’re producing they should have simply given in and held onto that fruit. The reds however are a different story, and Le Vallon, the normal red and Sans Soufre Ajouté Rouge (without added sulfur) are distinct enough that we assumed they were different blends. But no in fact – though the blend changes year to year, with sometimes more Syrah, sometimes more Grenache – each year they will use the same blend for the two versions. Tasting SSA and Le Vallon is like watching a video vs. a still image. SSA unfurls in the mouth, much like the butterfly printed on its label elbowing its way out of a chrysalis and spreading its glorious wings.

Which brings us to Henri’s almost ridiculously pretty labels (more “pretty” than “beautiful”), which work precisely because he is the last man on earth you’d expect to find standing behind a bottle with a black and white butterfly printed on hot pink. But as a friend whom I last saw careening down the Swiss alps in a neon pink bunny suit would argue, “only real men wear pink!” Pink suffuses the winery: the walls are pink, the equipment is pink, even some of the wine is now pink. It is not the timid, watery pink of generic Provencal rose, but the loud, aggressive punk pink of something racy and borderline incendiary. Their cheekily named S&X blend (named for Sebastien Xavier, as Seb blushingly explained) has a suggestive pink corkscrew that would be right at home on the cover of a Sex Pistols album.

But for their newly minted line of luxury wines, Le Jardin (100% Merlot) and La Carree (100% Roussanne, which at its best is like liquefied pineapple upside down cake), the overall theme color is an inexplicable cobalt blue. When we asked Seb what the thinking was behind the label, he answered that the image had been painted by a local artist. Which is all well and good, we thought, but why couldn’t he have painted something pink? Henri is no stranger to changing things up, and the labels for his Clos Milan wine (yet another bottling) are done by different artists every year, but is a new label altogether, and at the moment it doesn’t quite match his brand.

Perhaps one explanation is that this is Henri’s first real venture into varietal wines (this from a man who once said “what is my job if there are no varieties to blend?”), and so a new look was warranted. But it still seems the garish clash of blue and pink is symptomatic of the tension at play here, and possibly at play in the whole of Provence. From a wine point of view, Provence is a region that makes good money but with a fairly un-special product; it is frequented by people with ample funds to spend, but they don’t come here to purchase fifty euro bottles of wine. The opposite of Alfredo who shuns provincial Provence for the glamorous life of Paris, the tourists want to see in Provence only its rural charm. And Henri, despite his lumbering white plough horses and rustic, un-airconditioned winery, is hardly the picture of bumbling pastoral land owner.

In fairness, Henri is not the only innovator in the area; Domaine de Trevallon and Chateau de Vignelaure, some of the more famous producers in Provence, have built their names by producing top-end luxury wines from Cabernet Sauvignon. Like Henri, Trevallon chose to declassify their wine to Vin de Pays (“country wine”) when it didn’t match the local appellations (Henri one-upped them by making his Grand Blanc a Vin de France, supposedly the lowest category in the French hierarchy). Henri too was at one stage seduced by the allure of Cabernet (akin perhaps to the worldly attractiveness of Violetta), but has since returned for the most part to the traditional red varieties of the area like Grenache, Syrah, Mourvedre and Cinsault.

Which is why his attraction to Merlot is all the more puzzling – it is almost as if Alfredo has abandoned Violetta only to take up with another Parisienne called Mimi. This is not to say that the Merlot isn’t delicious – it is, particularly the 2010 vintage which is less oaky and inky than the other vintages we tried. In fact, it is so good that Sebastien keeps a bottle of Petrus in the tasting room at Domaine Milan (a challenger I myself might not have brought into the room, but these guys are nothing if not bold). He uses it to remind people that Petrus, one of the greatest wines on earth, is also essentially a Merlot wine.

It just seems that like Alfredo by the end of his father’s aria, Henri has not yet worked out his conflict between the attractions of international acclaim and loyalty to his roots. And Alfredo, who very publicly breaks ties with Violetta only to come crawling back far too late once she has already succumbed to consumption, is hardly a good role model. Here’s hoping that whether traditional or worldly (or better yet, an ingenious combination of both), Henri can find a way to lead himself, and with him the whole region of Provence, to a place where he truly feels at home.