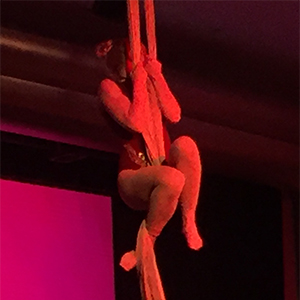 If I claimed the days leading up to doomsday (aka MW exam results day) weren’t filled with blistering anxiety about this column, it would be one of the larger untruths I’ve ever attempted. As the day approached, my ego amused itself with fantasies of writing about another subject entirely (rootstocks or something), slipping “oh, and I didn’t pass” in the last sentence and hoping nobody noticed.

One of the risks of the increased access to our lives we are all somehow willing to afford each other is that when we suddenly decline to share, our silence rings painfully loud. To relieve the crushing suspense, I passed (although since I suspect most of my readers are also my facebook friends, you probably already know).

Fortunately, while I was agonizing over how to infuse my post with the appropriate levels of humility and gratitude, my pal Debra Meiburg sent out the message to her gajillion followers and so it became moot. Double fortunately, I’m feeling rather delighted about the whole thing, with an elation largely unmarred by the fact that I’m not quite an MW yet and that the only obvious difference in status is that instead of a “Stage 2” student, I’m now “Stage 3.” However, as most people anywhere along the MW path will concur, the worst is past.
The question I’ve been fielding from people familiar with the exam and its brutality is what I think changed this year vs. last year. Although two is obviously a pretty poor sample size for any sort of scientific inquiry, I feel strongly that it boils down to a few factors:

One I’m still kicking myself for not embracing earlier is the powers of group study. I had passed my entire academic existence thus far believing study groups were just something that happened to other people. My need/tolerance for human contact is betrayed by the fact that I spend much of my working day alone in a sealed room with only occasional visits from our dog Kevin. Yet somehow, to my lasting amazement, the pressure and support of biweekly practice tastings with a group of 4-8 like-minded people did me immeasurable good. Also having an online study buddy to exchange “dry notes” (tasting notes written without tasting the wine) with was even better. Who knew?

Two I owe to the brilliance of Josh Waitzkin, chess and jiu jitsu champion, a man able to scale great heights once he let go of the notion of being “talented,” and Tim Ferriss of 4-hour Workweek fame, whose books helped me break tasting down into imminently manageable chunks. Accepting that blind tasting was something for which I don’t necessarily have natural talent, and instead needed to decode and then toil relentlessly at specific elements of helped immeasurably with step three.

Which was to relax, basically. Of course, as has been pointed out, this advice is as helpful and implementable as telling an awkward teenage boy to “just be yourself.” And yet, armed with Josh and Tim, I experienced exam week (bar my one panic) as an exquisite expanse of quiet. Copious meditation, ancient history reading and hugs helped.

And now for the humility (or at least gratitude) saved up from my abandoned facebook post: to my helper and husband, blind tasting organizers extraordinaire (and the latter especially for the aforementioned hugs); my parents for their support in all forms (even my dad’s incessant questions about whether various implausible wines – Ruchè for example – might appear on the exams, to which the answer is still probably no); my brilliant study group, the unspeakably generous worldwide wine community who’ve lent their insights and naturally the inimitable Debra Meiburg, whose brilliance and curiosity made me aspire to be an MW in the first place.

Finally: congratulations! To fellow Hong Kongers Francesca Martin and Mabel Lai for passing theory and practical respectively on their first attempts; Tim Triptree who is now a fellow Stage 3; and Mark Pygott and Fongyee Walker who have added their names to the roster of Asia’s MWs. Huzzah for you all!

And now, onward and upward – a research paper on China’s online wine market glowers at me from my laptop, and I must return to it.