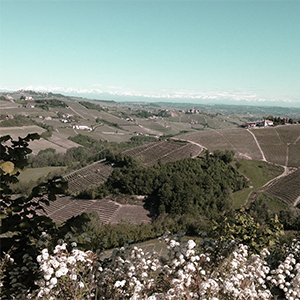 Anybody who’s studied something for long enough can likely empathize with my conundrum. No matter how much love you bear a subject to start with, by the time you are several years in, the topic – however sexy – has lost its luster.

The difference between wine and, say, etymology is that for many people, especially those outside the wine world, the topic remains fairly juicy. Thus your sullen reticence, or tacked-on grimace, when called upon to discuss this thing you love seems totally inexplicable.

I was, I admit, burned out on wine at the start of this summer. After the initial euphoria of having survived my MW exams without a computer crash or nervous breakdown, my interest in ever regarding fermented grape juice as anything beyond a tasty beverage had shriveled like Cabernet grapes in a heatwave.

That this attitude was sadly at odds with my career and lifestyle did little to extract me from my malaise. Fortunately for my livelihood if not my liver, my July travels seem to have granted my withered oenophilia a new lease on life.

The foundation of any great love story is the improbably serendipitous “meet-cute.” This romance starts many years ago in Turin, capital of Piemonte in northwestern Italy, where I was a kitchen hand during a gap semester and first encountered Nebbiolo, the genius grape behind Barolo and Barbaresco. It was the first place I felt deeply happy in years.

I chose Turin not so much through careful research into Italy’s regional culinary traditions, but because of a colorful New York Times article on Turin’s famed gianduja (aristocratic Nutella) that coincided with a breathless parental travel missive extoling Turin’s splendors. “Cool dad,” I responded, “wanna help me find a job there 😉 ?” He did: at a restaurant called “Boja Fauss,” loosely translatable as “wtf?”

Months beforehand, at a Manhattan cocktail party, I’d bumped shoulders with the owner of a boutique Italian wine importer whose European HQ happened to be Turin(!). Serendipity indeed. I managed to insinuate myself into a trip for their salespeople in Piemonte and neighboring Valle D’Aosta, emerging 1,000% sold on the concept of a life in wine.

Fast forward to my husband’s birthday gathering this July in the pocket-sized hill town of La Morra in the Barolo zone and a much more jaded narrator. After many days blithely absorbing resplendently earthy, perfumed Barolo (with nary an iPhone photo nor handwritten note to document the experience), we rolled down the hill and back up another to the Valle d’Aosta, where I hadn’t been since that first visit.

Though we’d intentionally left wine country for a mid-week detox, the iridescent brilliance of Valle d’Aosta’s Donnas (also Nebbiolo-based, naturally) soon put these lunatic ambitions to rest. The wine was splendid, but no resurgence just yet of the deep and abiding passion that makes you decide to commit yourself to something for all time. Still, I held out hope for our stop in that proud, grandiose city of Turin, birthplace of my blind, un-judgmental love of wine and pilgrimage of last resort.

As someone who butters my bread by harping on about wine in public, I’m used to drumming out the clichéd reasons why we all love it: the history, the stunning vistas, the “magic of terroir.” But for those of us born outside the wine world, maybe the key lies more in the notion of “pilgrimage” itself, from the Latin “peregre” or “from abroad.”

If you can remember falling head-over-heels for wine, you’ll recognize this story. It starts with a vague, nonspecific sense of dissatisfaction; a conviction that you exist on a plane at odds with your own idiosyncrasies. Then one day you find the first place that fits. It’s always intensely foreign, but somehow spurs a deep sense of belonging or at least a deep yearning to. There is always wine there. The essence of the place is encapsulated in that wine.

By this I don’t mean “terroir” – Barolo doesn’t grow in Turin, but Turin is inextricable from Barolo in my mind. Whatever that wine is, you develop the unshakeable conviction that it is the world’s best, whether rooted in reality or in the barbs that wine has sunk into the soft, fleshy parts of your psyche.
It all coalesces when, to your everlasting surprise, you’re actually made to feel that you belong there by the local people. Because they get it; they get that you get it. They feel you.

To retain that feeling, you do crazy things. Like signing up for a program to study wine in borderline obscene detail for multiple years even though you have no intention of ever, say, making wine. Still, gradually it slips away. You spend years wondering why. Apparently, to regain it, return to the place. It all comes back, I promise.