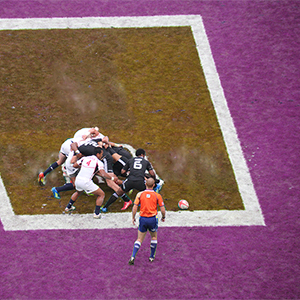 I should have sensed that something was amiss.  The sun was shining, Master of Wine exams over, and I was feeling, if not quite like I was walking on air (something I suspect is impossible after three days of punishing exams), like all was reasonably well in a decent version of all possible worlds.

I had finished all three papers (not something we can take for granted) and I had some notion of what several wines had been (ditto). The whole experience had been infinitely more Zen than last year, thanks to more practice, more experience and copious amounts of meditation.  My left hand – far from the twisted claw of yesteryear when we’d still had to write manually – was both limber and beer mug-toting.

Then, with the thudding inevitability of death and hangovers, came the blow. I was waiting for a taxi to whisk me away for an afternoon of blissful wine-free leisure, when one of my friends broke our pre-agreed silence.

“I’m embarrassed to admit it,” said friend, “but I just didn’t spot those two Bordeaux.”
“Bordeaux-plural?” I chuckled in slight disbelief, for I remembered the single (delicious) white Bordeaux from paper 1, but nowhere did I have two Bordeaux.  And then suddenly it clicked; all was plunged into gloom.

For the record, missing a classic like Bordeaux in an MW exam is like missing Groucho’s lines in a Marx Brothers’ movie, or failing to find x in a quadratic equation. Such an extreme effort is made to flag them with very specific questions rarely asked of less familiar regions, like the vintage, individual villages, etc., that it takes a unique feat of imaginative skepticism – something at which I apparently excel – to miss them. Though even before tasting the wines I’d initially guessed Bordeaux based purely on the question structure, in the crunch of the last fifteen minutes I’d managed to convince myself that the wines came from two separate regions and thus plummeted off in another direction.

“Don’t worry, it was only two wines, so only 50 marks out of 300 between them,” I heard myself assure my study buddy, from behind the safety of my opaque sunglasses.  Meanwhile, the brain was frantically calculating just how right I would need to be elsewhere to compensate for this hideous error. I spent the following 24 hours with “if you can’t spot the classics you have no business being an MW” ringing through my tortured skull.

I decided at this stage that despite my commitment to this column, which would surely require checking the answer list when it was released a few days later, I wasn’t up for frittering away my last shreds of hope on something that at best wouldn’t give me a definitive answer and at worst would crush me.  I swiftly informed all my family and friends of my decision and vowed to eschew Facebook until September lest somebody spill the beans, revealing for example that all three fortified wines had been sherry (they weren’t in fact, but I did have a vicious anxiety dream to that effect. And that there were eight of them).

But eventually, common sense or maybe just perverse curiosity prevailed. Perhaps it was the frantic 4am chat with my husband in which he assured me that mathematically, given the pass rate of 65%, however much scorn was poured upon me for my Bordeaux mishap I could still in theory recover; perhaps the discussion with another MW student friend who helped me frame the whole thing philosophically (“even if we fail, we’re tough enough now that failure can’t take away our sense of self-worth,” although at the time to be sure I wasn’t yet wholly convinced) or maybe it was just that after a few days on business in Spain ingesting prodigious amounts of cava, I was sufficiently anesthetized that I felt myself equal to the task.

And so?  Much as I would like to report that angels descended from on high and miraculously made the wines not Bordeaux, sadly that did not come to pass.  However, I do feel somewhat better, the shadow monster in the closet having been yanked out into the light and revealed as a rack of old hats.

There was even some relief in the form of a number of my answers that were almost bullseyes and a handful that were close enough, though also the inevitable niggling few that were entirely wrong in a way almost as infuriating as the Bordeaux abomination.  And yet it’s all stuff I can live with.  Or anyway I’ll have to – there are three months to wait, and there is much else to be attended to, so I will be doing my very best to go about my business and not dwell on it (though I may keep my fingers permanently crossed until September!).