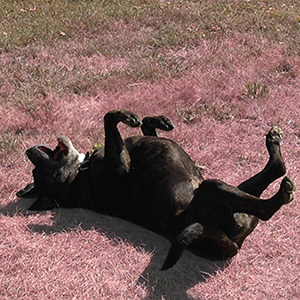 While clearing up after a recent consumer wine tasting, I was struck by the fact that of the three spit buckets I’d set out, not one contained a drop of wine. I realized I’d forgotten that for most people the idea of spitting out wine borders on sacrilege, and was reminded how fundamentally different the worlds of wine tasting and wine drinking are.

To underline a rather unpleasant point, spit buckets are the deeply unglamorous underbelly of professional wine tasting. Nothing says “welcome to the trade” quite like spitting into an ominously heavy bucket and having the mingled expectorations of your fellow tasters come spurting back up at you.

However, in answer to the question asked by all those who drink for pleasure – “how can you possibly spit?” – I offer an anecdote from my first ever wine trade show. I was sent to this notoriously boisterous show by a manager whose only instructions were “real men don’t spit.” This mantra I repeated to the thirty plus producers who somehow continued to pour me their wares until I was so sozzled I could no longer string it together. Eventually decanted into a taxi, I woke in my hotel room at 10pm with what remains the worst hangover of my life.

Consequently, I am now a spitter so prodigious even water isn’t guaranteed to pass my epiglottis, and I’ve put any aspirations to be a macho girl to rest. But beyond the question of to spit or not to spit, I’ve also tried to draw other lines between tasting and drinking, a distinction I recommend for anyone hoping to sharpen their palate.

The most obvious difference relates to timing. While I try not to actually drink wine until after noon (usually well after), my preference is to taste in the morning, when your palate is freshest. If I’m ramping up for a tasting exam, I will taste two “mystery” wines chosen at random for me every morning, leaving less baffling tastings for later in the day.

The temporal separation is helpful because when I drink, I prefer to give myself over to wallowing in the sensuous experience of beauty, an act admirably supported by alcohol. Tasting meanwhile is actually quite an intellectual strain, involving the categorization of sensory information according to a memory bank of context. And anyone fond of memory games after a drink or three (guilty as charged) knows that alcohol and memory aren’t friends.

This context of sensory memories is vital: it’s only possible to identify low acidity if you can recall wines from high-acid grapes like Riesling and low-acid ones like Gewurztraminer. You could deduce that the grape must be Viognier if you’ve heard that Viognier typically smells of apricots and white flowers, but it’s much easier if you can remember actually smelling one.

Another difference concerns objectivity. In tasting we try to put aside our preferences while we describe aromas and flavors and the wine’s structure of acid, alcohol, tannins (for red) and occasionally sugar. Objective aroma assessment is a ticklish subject (your rose is my jasmine), but if you eschew the overly specific – “grilled watermelon,” “twinky cream” – you can usually reach some consensus. However, if I’m just drinking, I’ve been known to drop the odd “pencil shaving” or “sweaty sock.”

Drinking should always be an activity undertaken for pleasure, while tasting isn’t always terribly pleasurable. When assessing new releases, I’ve tasted enough tannic young wines that my tongue began to bleed. Mornings of sweet Rieslings have left my teeth feeling sucker punched. Tasting practice also involves a lot of time with wine styles you would normally skirt around (ahem, white Zinfandel), while I try not to drink anything I don’t really like – who can afford the liver points?

Sadly drinking for pleasure doesn’t always sharpen your tasting; the wines you love most can elude you when tasted blind (for reference, not tasting while blindfolded, but tasting a wine of unknown identity). For example, after a month in Piemonte spent draining it of Barolo, I managed to miss the Barolo on my first year assessment (a shorter exam MW students usually take a year before the full exams). Not only could I not taste Barolo, I literally couldn’t place the wine anywhere, my infatuation having left me with an olfactory blind spot.

Fortunately, in some critical ways drinking and tasting are complementary. Tasting extensively helps us find better things to drink. We use the vocabulary and memory bank we’ve built to guide us to new wines likely to check our pleasure box. And, as exemplified by John Salvi MW, who famously decided to stick around after he was sure he’d failed his last tasting exam to finish the apparently rather nice sherries, drinking is a great consolation prize when tasting fails you.