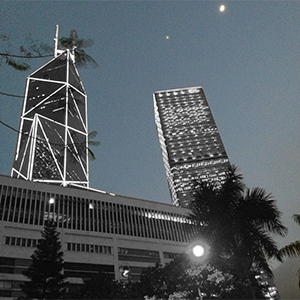 Though Hong Kong is a city where fads are as short-lived as fruit flies, anyone who doubts the endurance of Hong Kong’s wine obsession need only look to our swelling pack of students for something called the Master of Wine.

As one such individual, I’ve been asked to jump in and help explain exactly what a Master of Wine student is. Having stepped away from full-time employment to focus on my studies around a year and a half ago, I’m well-rehearsed in the discussion. It tends to flow along these lines:

If I sense that the asker merely seeks a crisp one-liner, I suggest “it’s a bit like a guild that you have to take an exam to join,” (not strictly true, although the exam was first administered in 1953 by London’s Vintners’ Company and the Wine and Spirit Association, after which the six who passed formed the now-independent Institute of Masters of Wine). If feeling unusually bold, I’ll drop in “it’s considered the top accolade in the wine world.”

Pressed for details, I explain that the first stage involves eight exams in two parts. Practical comprises three tasting exams, each featuring twelve wines for which you must identify various combinations of the origin, grape variety, winemaking, age, quality level etc. Theory is five essay exams on vine growing, winemaking, quality control, wine business and contemporary wine issues, on which you must write two to three essays each.

After a student passes both parts (with an average pass rate of ~18%, a stat that never fails to raise eyebrows), he or she then submits a research paper on a wine-related topic of choice. If I still feel the need to talk it up, I might name-drop a few prominent MWs: Jancis Robinson MW or Lisa Perrotti-Brown MW, Editor-in-Chief of Robert Parker’s Wine Advocate.

At this stage, most people accept that the Master of Wine is nothing a sane person would embark upon lightly and evidently a quest for professionals (for who else would willingly commit to memory the remedial steps necessary for bag-in-box wine found upon inspection to be unacceptably fizzy?).

Thus the next question is usually how I got involved with wine, and how a twenty-seven year-old can claim seven years’ involvement in the business. Are my family in the trade? (no), wine collectors? (no), was I simply so enamored with wine that I decided it was thriftier to make it my job? (perhaps).

I actually came to wine, like many fellow hedonists, through food. Convinced I had chef’s blood in me, at twenty I informed my parents of my plan to take six months off from my degree at Yale (and had sufficient credits to do so) and attend culinary school.

No fools they, they quickly reached out to friends everywhere, seeking a restaurant credulous and scofflaw enough to take on a stagiste with minimal kitchen experience and no EU work visa. We eventually found it – naturally – in Italy.

Though I loved cooking (and became master of tiramisu), my chef’s tendency to take me along on weekly tasting jaunts in what remains my favorite wine region, Piemonte, quickly redirected me. Upon returning, I immediately secured a part-time gig at a Manhattan wine importer while I finished my degree. There I spent my days manufacturing marketing materials and occasionally convincing the sales team to let me shadow them on sales calls.

It is only through a twist of fate that I’m not a New Yorker still. During my post-graduation summer, an untimely backward step into a concrete tank at the Provençal winery where I was interning sent me broken-spined (but not beaten!) back to Hong Kong to convalesce.

Once here, a quick glance about me suggested I had inadvertently landed in the hottest wine market since the Americans met Robert Parker. In the intervening years the combined guidance of my adored employer and friend Debra Meiburg MW and my vinous family, the Hong Kong Wine Society, propelled me ever onward in the pursuit of formal wine education.

And here I now stand, having made my first exam attempt in June and escaping with a Theory pass (jubilation!) and Practical– well, not quite. Still, though short of the home run I’d only just dared wish for, my husband, who helpfully calculated both my highest and lowest possible total scores based on the grades, informs me the road isn’t too dismayingly long.

Hence, for the next couple of months, I will be regaling you with enthralling tales of how I spend the days between now and my re-sit next June. We will sip, we will swish, we will (usually) spit, and hopefully we will have some fun.